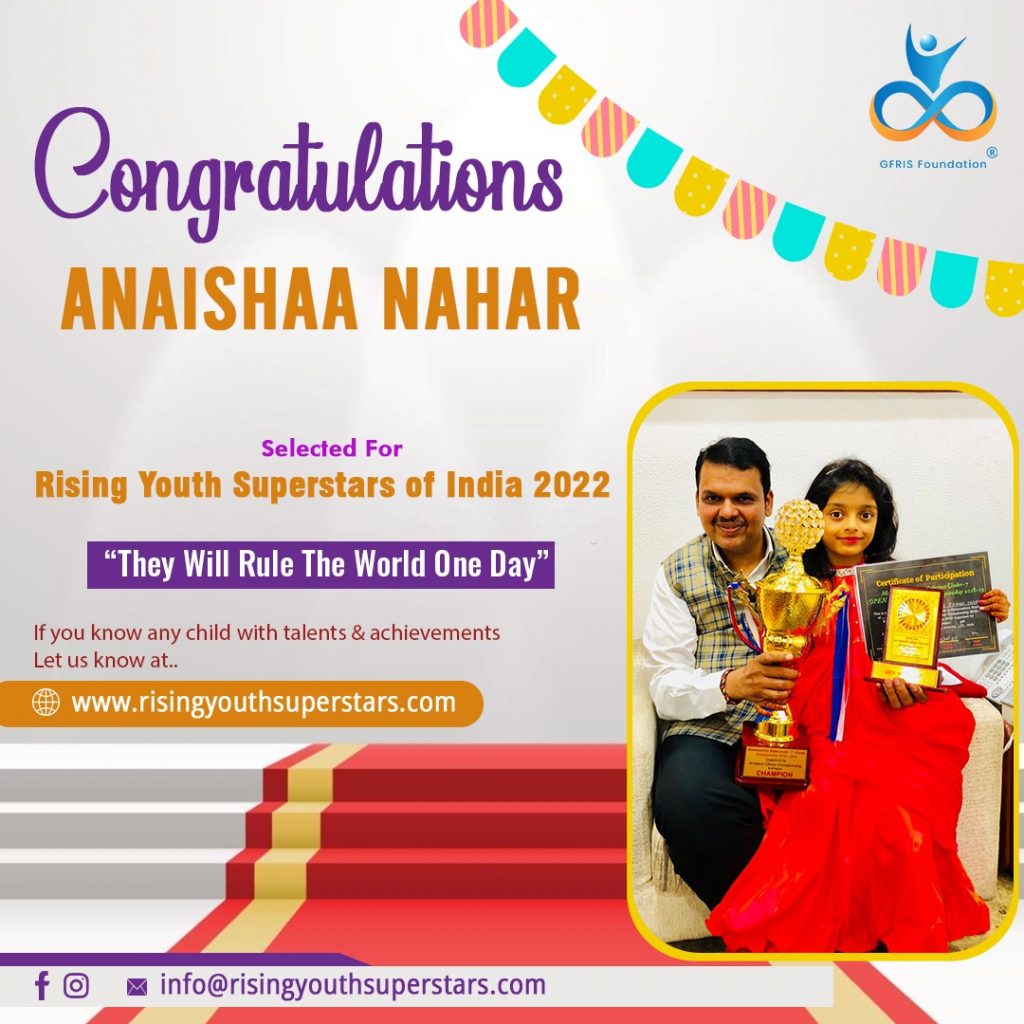 Anaishaa started playing chess at the young age of five. Her mother noticed her interest when she saw that Anaishaa used to observe her brother’s chess practice with great keenness. Her mother, Rekha Nahar, a creative psychotherapist and child psychologist, felt immensely happy with the fact that both her children had an inclination towards the same game.

Anaishaa herself was inspired by her brother and shares a great bond with him. Anaishaa is also blessed to have a supportive mother, who understands Anaishaa and supports her interests. She would sit with Anaishaa and set up puzzles for her. She is extremely concerned about the happiness of her children and takes it upon herself to provide a nurturing environment to her daughter, without putting the pressure of any personal expectations of her own on Anaishaa.

Anaishaa is extremely skilled and proficient at the game of chess. According to her coach, she uses an aggressive approach to dominate the board. Grandmaster R. Praggnanandhaa and his attacking style fascinate Anaishaa and therefore her own attacking style is inspired by it. She is also a very dedicated individual and her practice sessions can stretch up to nearly seven hours a day.

At the tender age of ten, Anaishaa has an extensive list of achievements to her name. She secured the first position at the Mumbai District Selection Open and Women, 2022, and also participated and won the Singapore National Chess Championship consecutively, in December 2016 and December 2017, the first time at the mere age of six. She has a silver medal and two bronze team medals at the Asian Schools Chess Championship, Sri Lanka, 2018, among other achievements on her list.

Anaishaa is also a very sincere child and maintains a perfect balance between chess and her studies. She is also a versatile individual and plays basketball as well. Some other hobbies of hers include playing the piano, which she learned on her own, singing, dancing, painting, and swimming. Anaishaa wishes to become a chess Grandmaster one day and is bound to reach great heights of success with her focus, willpower and skills.