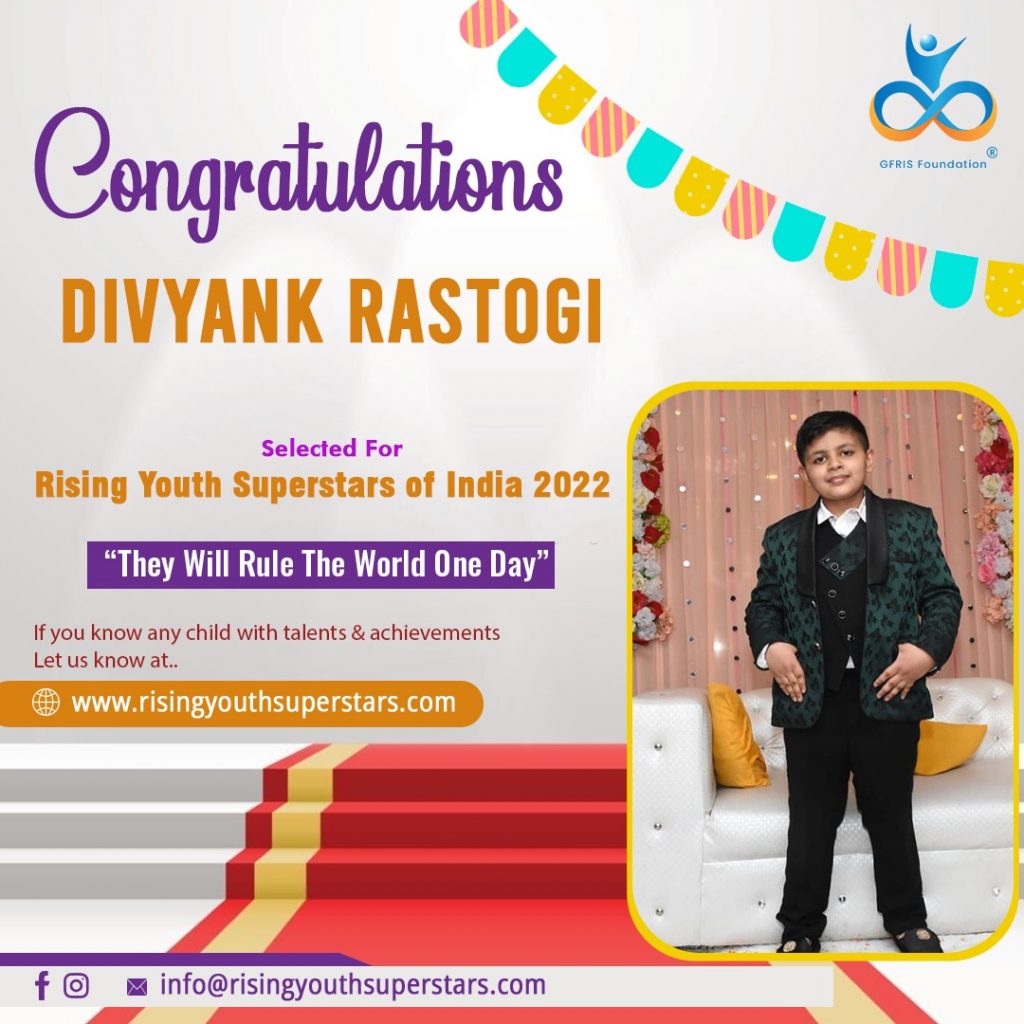 “The young do not know enough to be prudent, and therefore they attempt the impossible – and achieve it, generation after generation,” said Pearl S. Buck. The younger generation is setting new standards of success every passing day. One such achiever from this generation is Divyank Rastogi, an eleven-year-old with a passion for coding, who has built his own application. Born on the January 10, 2011, this Delhi boy took everyone by surprise with his proficiency with technology. Divyank realized his passion for making electronic games when he made a game just out of pure curiosity and his understanding of technology. Deepali and Nitin Rastogi are blessed to be the parents of this tech prodigy.
At the tender age of five, Divyank started coding and this was a surprise for his parents, for Divyank had started at such a young age, but this made one thing clear that Divyank was a special kid. He was probably born with a deep understanding of how complex technology works.

Divyank had his parents’ and family’s unconditional support since day one. They have full faith in their child and he leaves no stone unturned to make sure he deserves such overwhelming confidence. Children are like wet cement; they are shaped by their environment, and Divyank was always in an environment that aided his growth and fuelled his passion. When a child has special abilities, it takes time for parents to adjust to it. At times, the delayed adjustment discourages the kid but in Divyank’s case, his support network in the form of his parents and family stood by him throughout.

Achieving balance in life is something most people struggle with, but not Divyank. He has found that sweet spot where he can pursue his passion for coding without neglecting his education. Divyank has been a position holder in all his classes (Class 1 – Class 5). He came first in his class twice, in Class 3 and 4.

He is not only an academic success but also enjoys skating and dancing. He is a true all-rounder. He is a rank holder in exams like Nation Olympiads and is keen on exploring new sports as well. His last competition was a Judo Karate competition. He dreams to be an expert in mathematics as well. His love for numbers was visible since he started coding because technology and its understanding require a certain degree of proficiency in mathematics.

Creating anything is a long, slow process, and you learn something new every day. For Divyank, the satisfaction of learning something new is a motivation by itself. The driving force for him to keep working hard is seeing the application of his knowledge in the development of his programs, and the way it changes the final product, making it better every day. Patience is a virtue that needs to come with the dream of becoming a coder, and Divyank showed this patience from a very young age. He is persistent and refuses to give up no matter regardless of the difficulties life throws at him.

One Divyank’s top achievements life is a place in the Guinness Book of World Records. He was part of the world record attempt for “Most people assembling rainwater harvesting kits online and single venue”. Divyank understands the importance of preserving nature and shows initiative when given the opportunity to do his part in its preservation. In today’s day and age, when the entire world is running the rat race and competition has increased manifold, pursuing one’s passion does not come easy for the majority, but if one works hard and displays sufficient dedication, sky is the limit. Kids like Divyank teach us that there is no such thing as impossible, and if one puts one’s effort where one’s heart is, just about everything is achievable.