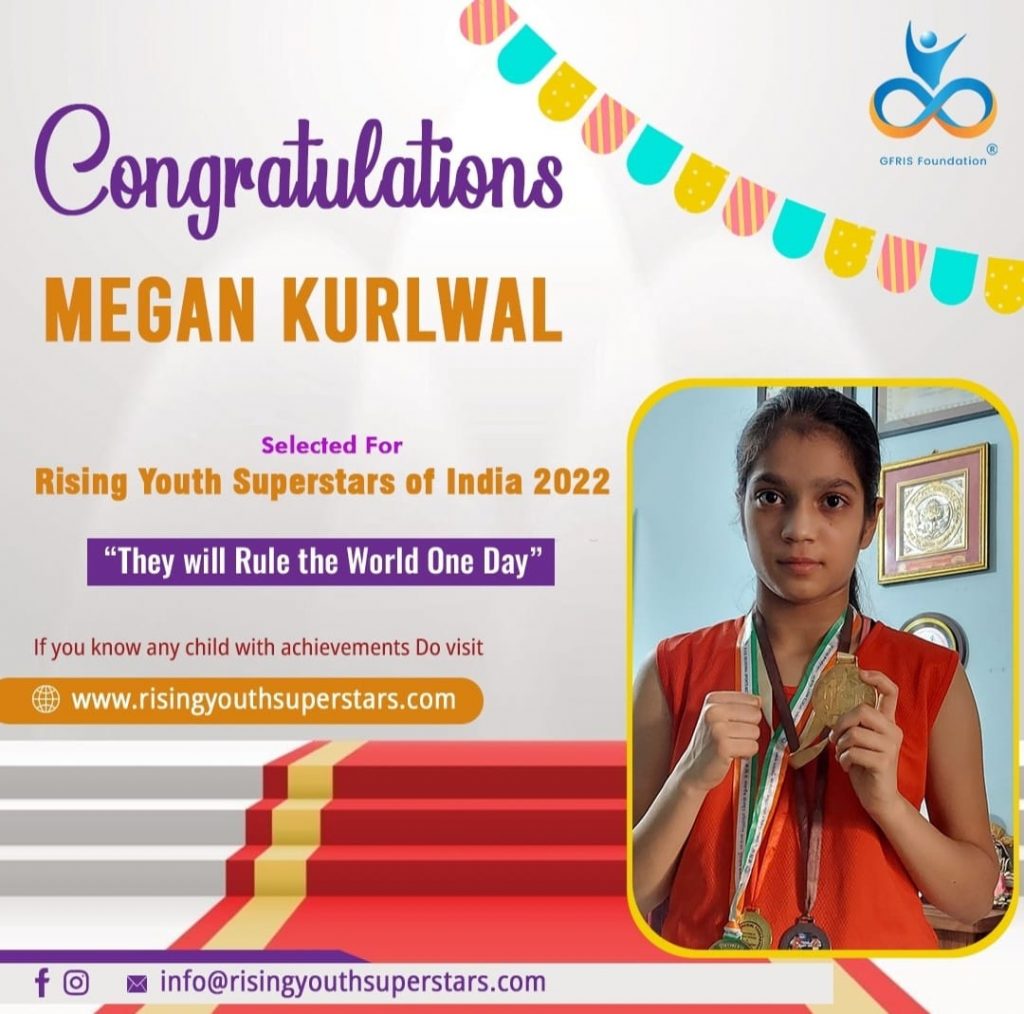 Megan: A Mighty Bunch Of Fives

Boxing has been a recognized sport since 1681. For nearly 400 years now, it has produced some of the most legendary athletes such as Muhammad Ali, Mike Tyson, Mary Kom, Vijender Singh, Sonny Liston, and so on. All these athletes have one thing in common – a powerful bunch of fives, or in other words, a mighty punch. Born in Bhiwani, Haryana, 14-year-old Megan shares the same common trait as the legends enlisted above. Having started boxing at the age of 10, Megan started practicing her jabs and hooks after drawing inspiration from none other than Mary Kom. Even her enrolment into the boxing academy was a product of five years of patience and determination.

At the age of five, when Megan first drew inspiration from the movie starring Priyanka Chopra, she had an idea of what she wanted to become. By the age of 10, Megan was sure that boxing was her calling. This led to her enrollment into the boxing academy.

The determination of the then 10-year-old Megan was nothing short of breathtaking. To wake up at 4 a.m. and spend five hours training every day is no small task and not everyone can fulfill it either, let alone a 10-year-old. However, Megan’s parents, Dr. Anupam Acharya (Kurlwal) and Honey Kurlwal, were determined to support their daughter and made it a routine to drop her at the academy everyday at 4 a.m. Megan learnt the art and craft of trading punches from her coaches Rajesh Jakhar and Sunita Yadav.

The most inspiring thing about this entire scenario is that this determination was not imposed, either by self or by parents. It came to Megan naturally, as if she was born to box. She draws her motivation from her journey itself, and looks back on her journey with pride and a sense of fulfillment. What she likes the most about boxing is the unpredictability of the sport. The fact that one can have fun throwing punches at someone whose game or technique they do not know fills her with a sense of thrill.

While only 14, Megan should not be mistaken for anything but a heavy hitter. The strength of her punches is reflected by the various accolades won by her. These include gold medals at the School, District, and State Level. Megan won three gold medals in the year 2019 itself. She has displayed her prowess at the School’s Regional Sports Meet and the District Level Boxing Championship. Her journey so far also includes the Sub-junior District Level Championship and the Sub-junior State Level Championship. She secured yet another gold medal in the former, while she participated with full vigour in the latter.

Self-control and a sense of self-awareness is one of the most important things in an athlete. Megan displays the characteristics of a complete athlete in all senses. She has the realization of how important her academic life is and has the maturity to understand the amount of extra effort she has to put in whenever she feels she is lagging behind. Being true to herself, she never compromises on her academics and fulfills all her academic responsibilities.

Megan also has an interest in learning foreign languages. She is currently learning French, German and Korean. She also likes to sing English songs and loves to dance.

Another remarkable thing about Megan is her towering ambition. Unlike most, she does not restrict her ambition to the benefit of her own self. Instead, she seeks to represent India at the international level in the sport, and serve her nation as an IAS officer thereafter. The mere idea of how in-sync her dreams are with a sense of service to the nation is truly inspirational. Upon the observation of her trajectory, her ambitions, and her larger than life outlook, one can only wish she achieves the best that life has to offer.