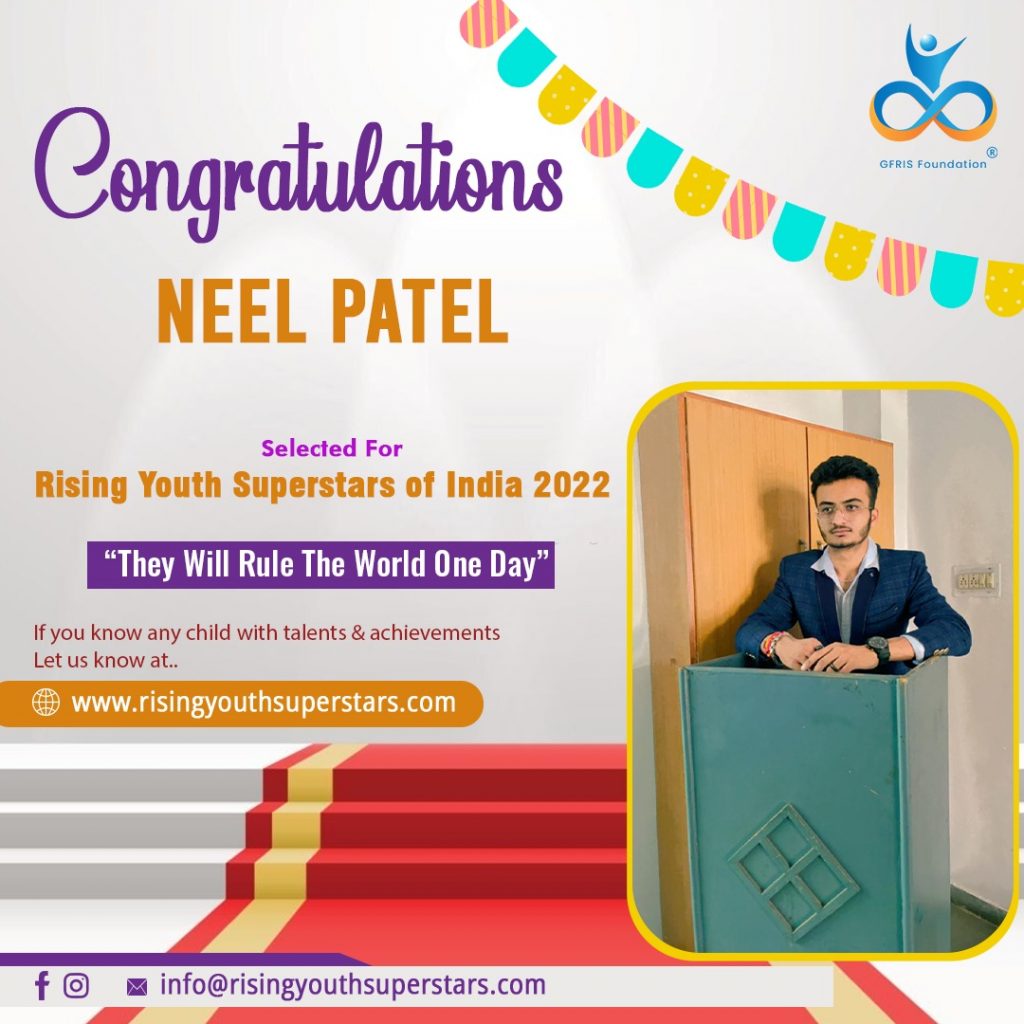 Harold Bloom once said, “Everyone wants a prodigy to fail, it makes our mediocrity more bearable”. This quote speaks volumes about the children such as Neel Patel, who are achieving so much at such a young age. Neel Patel, a 19-year-old karate champion, has been making waves in the karate circuit since he was seven.

Neel was discovered by his coach, Sensia Kamlesh Battham, at a karate championship when he was in third grade and since then it has been an glorious journey to success for Neel. Before Coach Kamlesh, Neel’s biggest cheerleader was his father, who supported him every step of the way. Neel’s family as a whole was very supportive of his endeavours as a sportsman and he did not give them any reason to complain by bringing home a new title every time he went in the “Kumite”.

Born on September 3, 2003, in the textile hub of Gujarat, Ahmedabad, to Rajeshbhai Govindbhai Patel and Sonalben Rajeshbhai Patel, Neel Patel is the dream of every parent.

Neel was a very sincere child and spent most of his free time training. Every idle moment after school was spent either training or on fitness or just air kicking in his room. He has been working hard since day one to be able to achieve all that he has. His ultimate dream is the Olympic Gold Medal. He says that the motivation to receive that honour is the driving force of his life and it makes him a better player every day.

The major obstacle kids face while managing studies and sports is to reach optimum balance, but Neel never faced any difficulty in that respect. He had mastered that equilibrium very early on and made sure that he gave enough importance to both studies and sports. Exam season meant complete attention to studies and tournament season meant complete devotion to Karate. His parents are especially proud of him for finding this equilibrium and they appreciate his dedication in everything he does in life.

Neel has a very well-planned approach to his future. He wants to start by conquering all the national titles like Khelo India, and Khel Mahakumbh and then he plans to gain experience by participating in the international tournaments and then Asian Games, and Commonwealth Games before he approaches his ultimate goal of winning the Olympic Gold. Whenever praised by anyone for his achievements, he just has one thing to say, “I have a long way to go!”

Neel is the definition of an all-rounder, being an exceptional sportsman, not only in Karate but also in other sports like Taekwondo, Kho-Kho, Kabaddi, etc. He is also good at studies and a dancer as well. Neel is the boy who is everywhere and is exceptional in everything he does.

Neel is a living example of the fact that we can achieve everything we desire in life. All it takes is hard work, dedication and persistence. With a proper concoction of the three, one can defeat all obstacles in life.