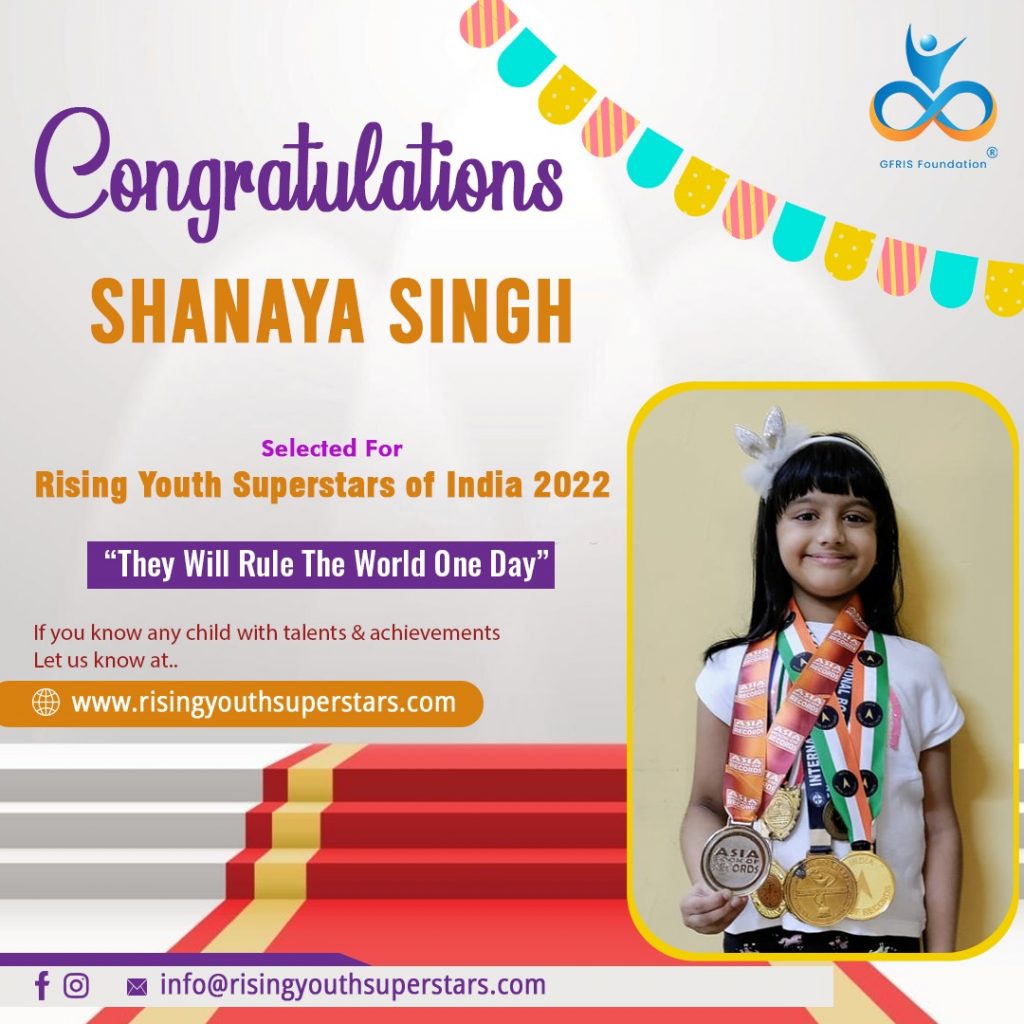 At the age of eight, Kolkata-based Shanaya Singh stands as the world’s youngest storyteller (to have a global audience) today. Just like Scheherazade from One Thousand and One Nights, Shanaya lives to tell tales and is incredibly passionate about it. Her storytelling talents stem from her flair for reading. Shanaya, since early childhood, took much interest in literary characters and spent hours flipping over the pages of various books in the children’s corner of the library. Long story short, enchanted by the fictional realm she explored in various books, she eventually ended up with her own YouTube channel, where she invited other like-minded people to explore the fictional realm with her.

She was discovered by Tony Cranstom from the East London Radio, UK, who invited her to his radio programme, where she went on to narrate several stories. After this, Shanaya became a celebrity amidst people who had a thing for narrating and listening to stories. Her parents, Rajashree Singh and Suraj Singh, gave her immense support in this endeavour and have stood by her ever since.

Due to her extraordinary ability to create fictional work using her creativity and words, Shanaya has received several accolades and awards. She was bestowed with the APJ Abdul Kalam Award – “The Pillars of India”, 2021. Moreover, Shanaya is a published author and her stories have been published both in national and international magazines and books, including the prestigious Singapore magazine ‘Borderless Journal’.

The list of her achievements is as vast as the fictional worlds that she creates using her stories. And while Shanaya is still out there thinking of stories of kings and queens and their vast kingdoms, she herself is the queen of the storytelling empire, which is bound to expand to every nook and corner of the world under her rule.